Purchase a “Round Trip” CD 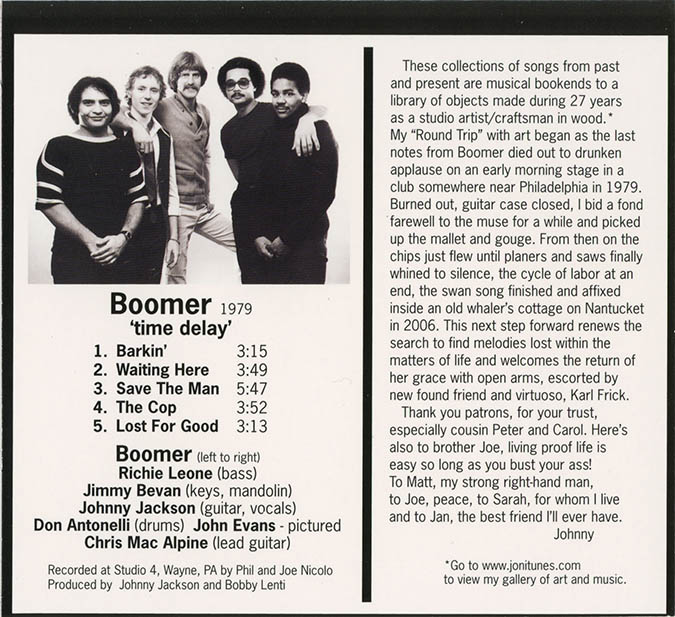 These collections of songs from past and present are musical bookends to a library of objects made during 27 years as a studio artist/craftsman in wood. My “Round Trip” with art began as the last notes from Boomer died out to drunken applause on an early morning stage in a club somewhere near Philadelphia in 1979.
Burned out, guitar case closed, I bid a fond farewell to the muse for a while and picked up the mallet and gouge. From then on , the chips just flew until planers and saws finally whined to silence, the cycle of labor at an end, the swan song finished and affixed inside an old whaler’s cottage on Nantucket in 2006. 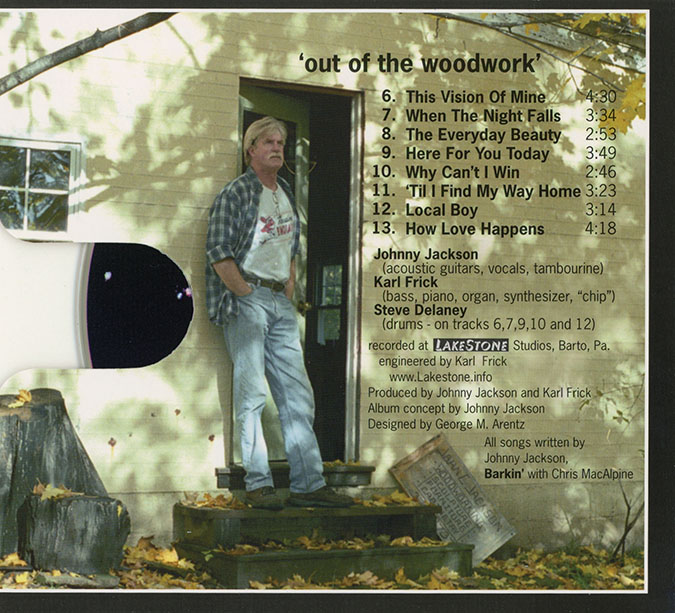 Inside Cover: ‘out of the woodwork’

The next step forward renewed the search to find melodies lost within the matters of life and welcomed the return of her grace with open arms, escorted by new found friend and virtuoso, Karl Frick.
These songs “bookend” the years between 1979 and 2002 during which Jackson Woodworks was established and Jackson Music was put on hold. The cover title, Round Trip, can be interpreted literally, as can both subtitles inside; “Time Delay “ and “Out of the Woodwork.” Collectively they offer an array of genres; Jazz, Rock, Country, Pop, Easy Listening, Folk and Americana, in essence, making up for lost time.
Play
Stop
Next»
«Prev
HIDE PLAYLIST
Popout
X